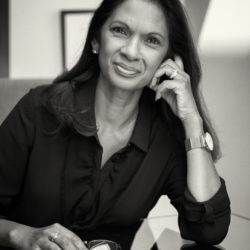 In 2009 Gina founded SCM Direct, which offers low cost access to high end wealth management whilst giving clients 100 per cent transparency. In 2012 Gina launched the True and Fair Campaign calling for an end to rip offs in the UK investment and pension industry. By relentlessly shining a light on dubious industry practises, Gina’s work has contributed to three EU Directives – MiFID II, PRIPS and the Shareholder Directive. The result is that from 3rd January 2018 over 500m consumers across Europe will benefit from enhanced consumer protection.

As a passionate philanthropist and conscious capitalist, her True and Fair Foundation supports dynamic small charities, works with donors on smarter giving and campaigns for greater transparency and scrutiny in the charity sector. In 2016, Gina successfully challenged the Government over its authority to implement Brexit; winning in both the High Court and Supreme Court. Her memoir, Rise: Life Lessons in Speaking Out, Standing Tall and Leading the Way was published in 2018.